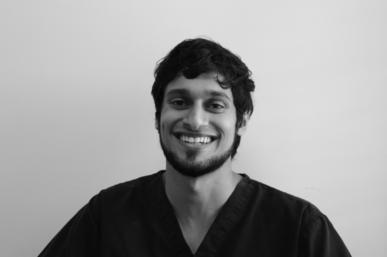 Saad spent his formative years in the USA and UK, qualifying with a Bachelor of Dental Surgery degree from the University of Birmingham. Whilst in dental school he developed an interest in oral surgery, which led him to research further into certain aspects of this speciality. His findings were nominated for a prize, and along with those of other colleagues, published and presented at a major international conference in Barcelona, Spain. Saad has also co-authored further publications in the fields of oral surgery and oral medicine.

Saad appreciates the importance of keeping his skills current for the benefit of his patients and thus attends numerous courses in order to expand and advance his clinical skills. He has also successfully passed postgraduate examinations through the Royal Surgical Colleges of England and Edinburgh and obtained a Membership of the Faculty of Dental Surgery through the Royal College of Surgeons of Edinburgh.

In his spare time Saad volunteers at a registered charity for which he was a founding trustee, catering for the educational and physical development of young people from less privileged backgrounds. He is also a keen sportsman, having previously represented both England and Great Britain.